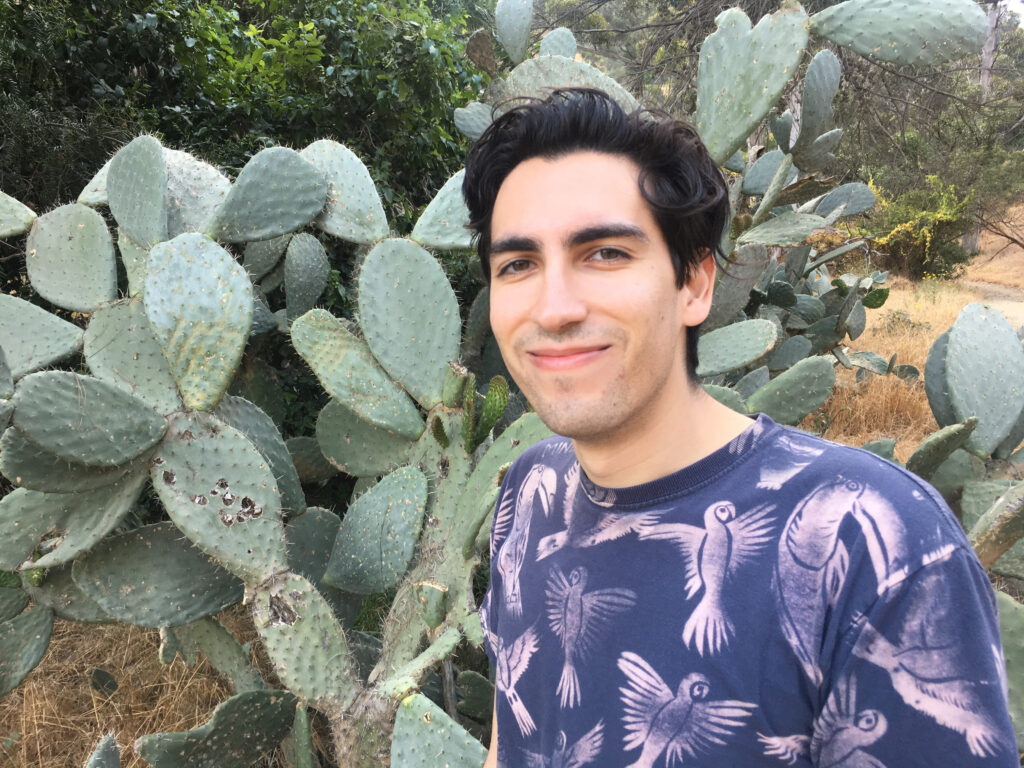 Growing up, I wanted to be the first superstar Latino hockey player, but now I’m a writer / director. It’s much less sweaty.

I’ve written & directed 50+ comedy videos for Broadway Video, Más Mejor, Funny or Die, and others — including a segment on Adult Swim’s “Off The Air.” I’ve also directed for The PGA Tour, Google, Drizly, Truly Hard Seltzer, and others.

In 2019, I was a fellow in the National Hispanic Media Coalition Writer’s Room. I was also a semi-finalist in the Made in NY Writers Room and the Sundance New Voices Lab. My work has been featured at New York Television Festival, New York Latino Film Festival, NYC Web Fest, HollyWeb Festival, and others.

I come from a large Ecuadorian & Italian family in New York City and I’m drawn to using comedy to tackle serious topics in a way that’s funny and subversive. I like to kick back by listening to melancholy indie jams, cheering for terrible sports teams, and eating at hole-in-the-wall restaurants.

I’m represented by Casey Rabin & Liz Orr at Buchwald. Shoot me an email at LucienFloresFilm@gmail.com.